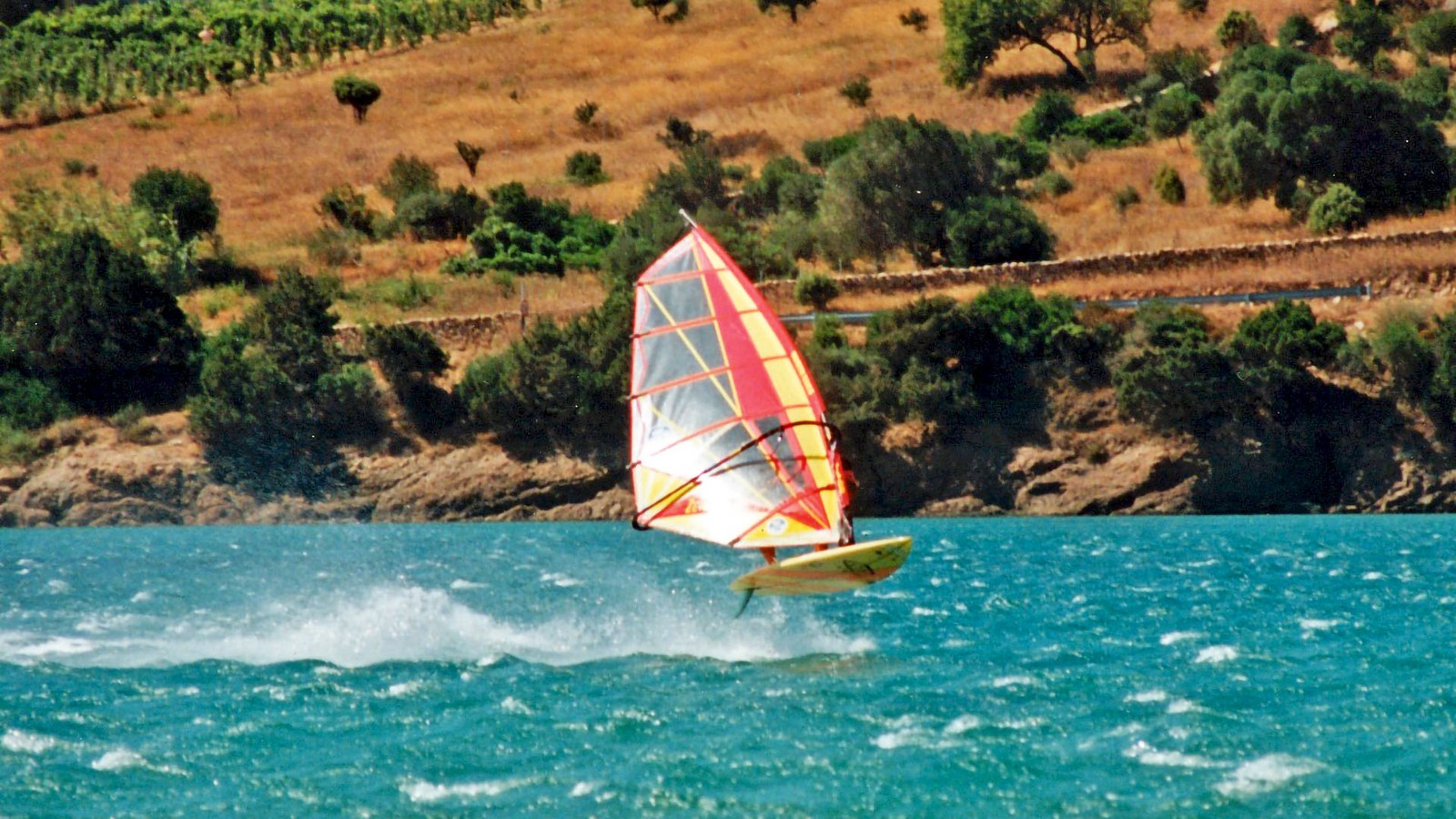 Windsurfing ; a love story that goes back to the 80s 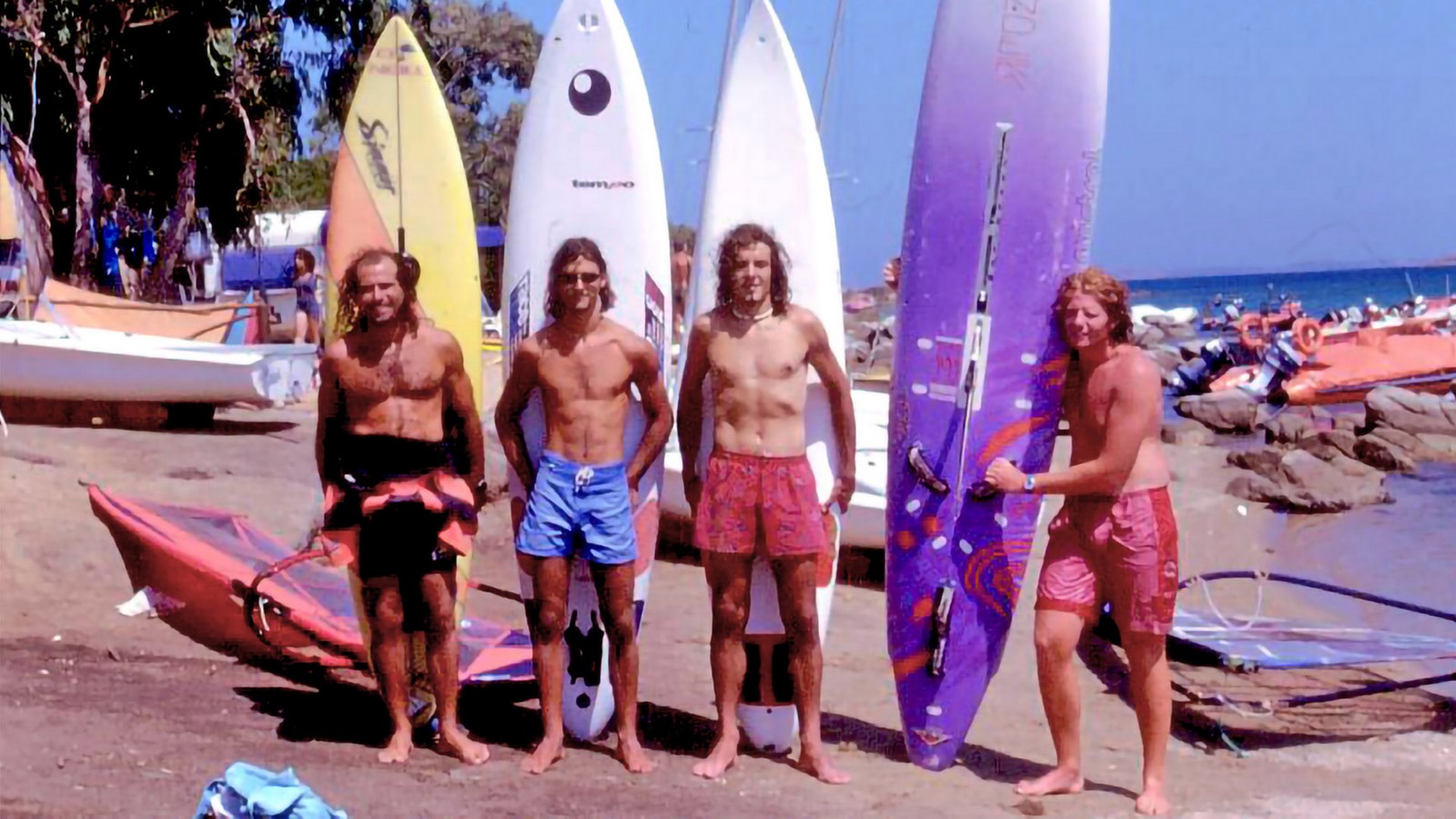 Our team back in the days! 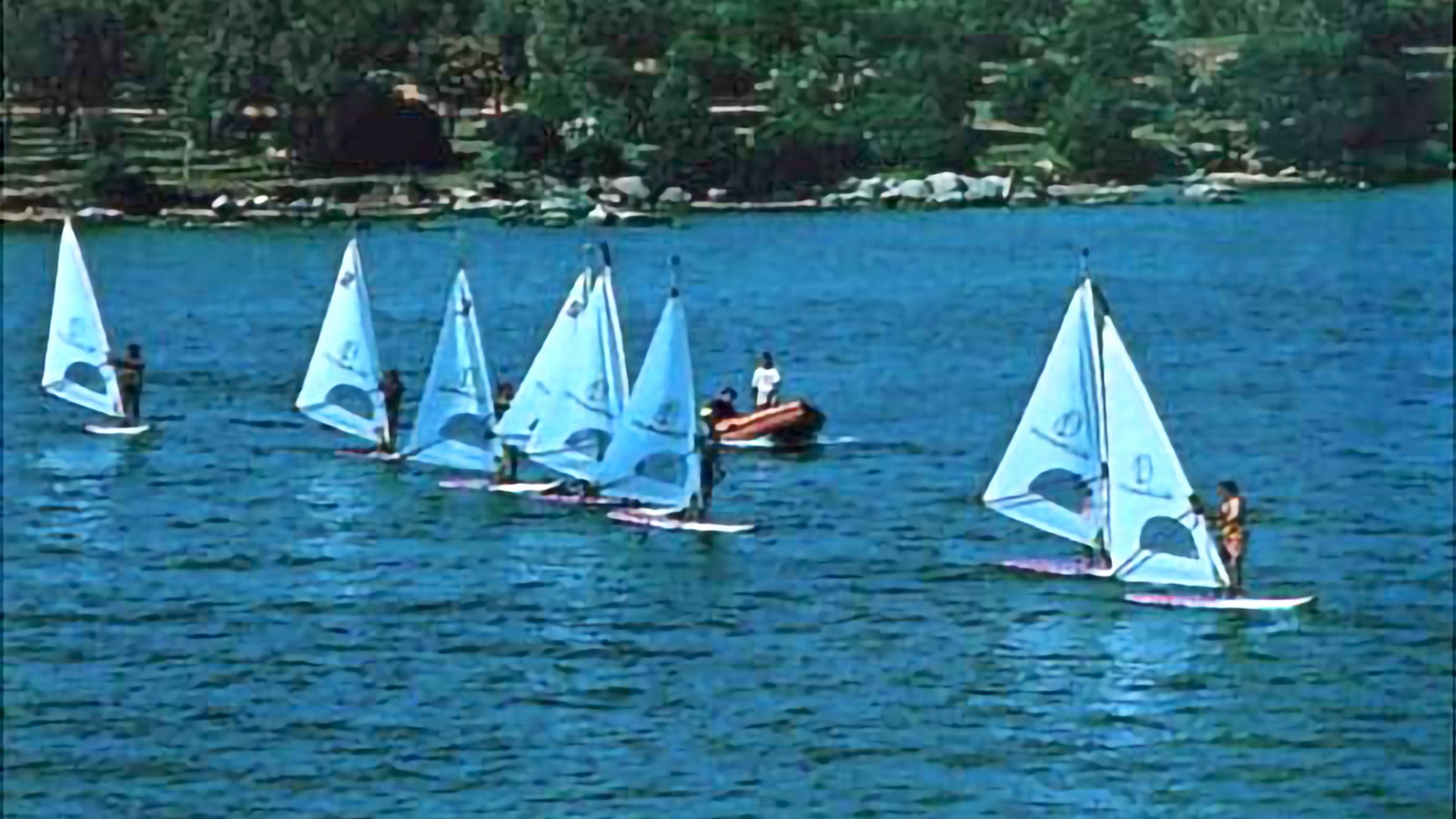 Windsurfer in the bay in the 90s

Windsurfing, as we know it nowadays, it is said to be born in California in the late 60's as the result of the idea to provide a wave board with a sail. The brilliant move was to connect the rig to the board by a free-rotating joint and to comprise a mast, wishbone boom and an handheld sail. It appeared in Europe in the early 70's and it was here that this sport spreaded widely. Then the evolution began: shorter length boards endowed with foot straps; sail, rig, mast, boom have evolved and windsurfers began to get more and more speed on the water and to perform jumps, spinning maneuvers, and other "freestyle" moves never seen before. Windsurf appeared on Italy's beaches in the late 70's. It was a pioneering era. Many windsurfers made their boards by themself because there was a lot to try. This era ended in the early 90's when new materials and new technologies arrived on the market. All these innovations, which continue even today, can deliver higher speeds and give the possibility to conclude full speed maneuvers.